Recently I was reading the story of the 12 spies sent into the Promised Land.  You know the story in Numbers 13.  God had Promised the land of Canaan to the Israelites.  He told them it would be theirs to inhabit.  He miraculously led them out of Egypt, through the Red Sea, and gave them the 10 Commandments.  The people witnessed many miracles in the span of a few months.  Now they are finally at the edge of the Promised Land, ready to go in.  They decide to send in 12 men to search out the land.  One man from each tribe.  They are to spend 40 days in the land and come back with a report.

Moses sent them in with instructions to find out if the people were strong or weak, few or many.  They were to see if the land was good or bad, whether the cities were fortified or not.  The men went into the land, spent 40 days, and came back with their report.

The men returned with a divided vote.  They reported that the inhabitants were strong, the cities fortified, and the inhabitants looked like giants.  The Israelites responded by saying, “we can’t go.  We will fight and lose.”  10 spies agreed.  2 disagreed.  Caleb and Joshua said, “God has promised this land, He will be our victory.”  The people rose up and tried to kill Caleb and Joshua for suggesting that they go into the land!  The Lord showed up and was about to destroy the whole nation.  As punishment the Lord said the Israelites must wander in the desert for 40 years before they could enter the land. 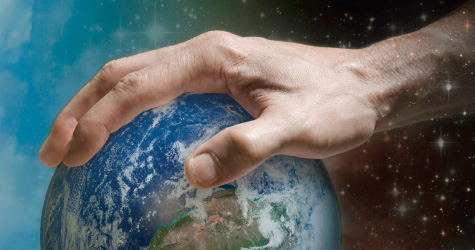 When the spies went into the land they were looking at what their human eyes could see.  They were evaluating their situation.  They failed to consider the fact that God had promised to give them victory.  They looked at their man-made weapons and man-made resources and were afraid they’d lose it all if they tried to enter the land.  They did not take into account that God keeps His promises!  They did not act on faith that God would do what He said He would do.

You and I face the same struggle.  Will we merely look at the man-made tools and resources and fail to put God in the equation.  Jesus promised His children that He would never leave us nor forsake us.  He promised to give us His Holy Spirit to guide, teach, empower, and lead us.  He has promised that His Kingdom would grow on this earth.  Jesus promised to give us abundant life.  Let’s hold on to God’s promises and not just look at the challenges around us.  Let’s rise up in His power and be the people God has called us to be.